A competitive athlete in his teens, twenties and thirties; and an extremely successful coach in later years his fitness now focuses on maintaining his health and independence and enjoying physical activity as an important part of his leisure time. His philosophy is that everyone can keep up their basic fitness and enjoy good health, whatever their abilities. Having shorter arms than others he’s never let his physical make-up affect his game – here's his story: 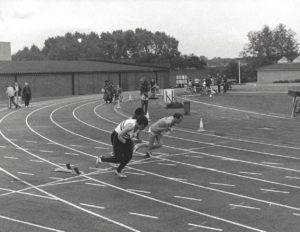 “Originally born in Wales, but having spent my school years in the North-East, I moved back in 1977, when I was 16. At school the PE teachers always supported me and, apart from gymnastics, I was never left out, not even for cross country!! Back in Wales, I joined a local disabled sports club and competed in disability sport, joining Swansea Harriers in 1980. I’m now a life-member after 40 years as a competitor, coach and official.

I was probably one of the first disabled athletes to compete in mainstream athletics in Wales. I was in the initial GB Paralympic Squad (but not making final Team) in 1984, with Peter Williams (who died in 2019), in 1988, when Peter Cordice and Frank Rickard were also part of the squad; and again in 1992 when I retired from competing prior to the Games.

During my competitive career I remained undefeated in the 100m from 1979 to 1991. I also won the British 100m title on 4 occasions. One year I won the British title in Portsmouth on the Saturday, came 2nd in the 200m on the Sunday morning, then drove back to Swansea and ran a 10k road race in the afternoon!

I’ve represented Wales in sprints and field events; table tennis; swimming; snooker; and more recently golf. I have also played sports locally like football, pool, darts and one game of rugby (as a sub for about 10mins!)

I’ve also been an avid spectator - since 1986, I have gone to watch six Commonwealth Games and two Olympics, through my love of athletics, and sports in general.

In the few years leading up to 1992 when I finished competing, I developed a keen interest in the coaching side of athletics so it was a natural progression for me to move into coaching in 1993. I’ve had a few excellent athletes along the way who I’ve helped achieve notable success.

The first was a long jumper who competed for Wales at the 1994 Commonwealth Games in Canada, where I looked after his speed work.

Then I took a novice single leg amputee runner from scratch to breaking the British record in one year.

A more recent crop of athletes trained with me from 2009 until they all went on to University. One of them joined me just before she turned 12 then, at 16, ran for Wales at the Commonwealth Games in Glasgow in 2014. She then finished sixth in the 100m final at the World Youth Champs in Colombia in 2015; and sixth again at the World Junior Championships in Poland in 2016, equalling the Welsh National 100m record of 11.39 seconds in both years.

I also coached her brother, who is a year younger, to a British Junior Vest in 2016; with a third athlete also gaining a British Junior vest the same year, 2016. All three have moved on to Universities away from Swansea, so have changed coaches.

Over the years, I have coached athletes from juniors to seniors, both male and female; but primarily I have coached young female athletes. I currently have a small squad of 5 athletes, and coach them 3 times a week from October to August, rain or shine. I have also won two awards for my coaching, first was the City & County of Swansea Coach of the Year in 2007; then the Welsh Athletics Performance Coach of the Year in 2016. 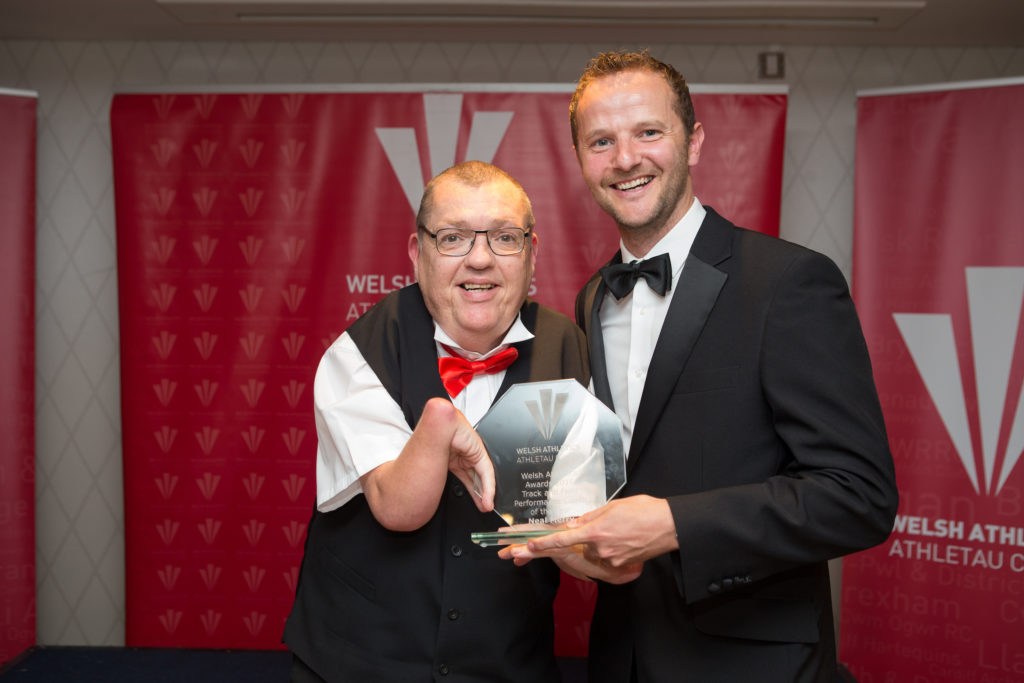 As a coach, the enjoyment and competitiveness I had as an athlete is now channelled into the sense of achievement from seeing my athletes do well; and that’s probably why I do it.

From the track to the golf course

During my sporting years I also had a long career at the DVLA and then HMRC, before taking redundancy in 2014. I haven’t regretted one single day of my redundancy as it has allowed me to do what I have over the last few years.

I’ve carried on playing golf, something I started playing when I was about 38, thanks to my best mate. One day, he said he wished I had clubs so we could go out and have a game, so not long afterwards I got my first set of ‘misfit’ clubs, and said ‘Right, I got the clubs let’s go!’ 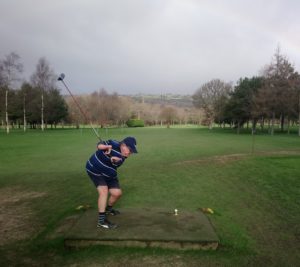 We used to go to a driving range, and the 9-hole par 3 course next to it. I enjoyed it, and began to go regularly. I progressed on to a full 18-hole course that suited beginners like myself and then moved on to another course at the suggestion of a friend. I’m still a member there 20 years later and, only two weeks ago, when lockdown was eased a bit, achieved the ultimate – a hole in one!

In 2018 and 2019 I was chosen to play for Wales in the match against England, winning all 3 of my matches to help Wales win the trophy both years.

Recently, on the golf course, I’ve taken to using a buggy to drive around the courses I play, mainly to relieve the strain on my back from bending over to push a trolley for the bags. However, there is still the benefit of having to swing the club to help with abdominal work.

I like golf, because it’s you against the course!

Why do I still make fitness part of my life? It’s simple, to remain as independent as possible.

I count myself as one of the lucky ones as far as health issues are concerned, as I don’t seem to have the aches and pains that some beneficiaries have. My biggest problem are my knees, and that is a problem that has come with me from my competitive days, not necessarily as a result of thalidomide. For example, when I used to weight train I could leg-press just under 300kg, so much pressure going through the knees, but back then it was a means to an end goal. Nowadays, with so much more information available, it would be done differently. Even within the last few years when I gave it another go I could still do over 200kg – but I wouldn’t recommend it to everyone! 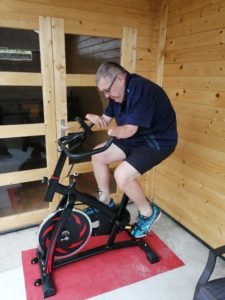 In the last six to twelve months I’ve begun to use less powerful equipment in my fitness activities, not as a result of nagging from my wife, but from Sue Kent, to whom I go for a massage every few weeks! I use resistance bands as they don’t put so much stress on my knees; mainly using the longer length looped bands that are attached to a static point such as the door frame or a post. I can cover more or less all the body movements with the added bonus of easily adjusting the resistance.

Since the lockdown I’ve added another piece of equipment to help me stay active. I now use an exercise bike, that has the handlebars turned around 180 degrees. This stops me having to stretch out extensively to hold onto them. I’m more upright so I can breathe easier whilst cycling for 10 minutes, twice a day. I use the bike outside as well so I can make the most of the fresh air.”