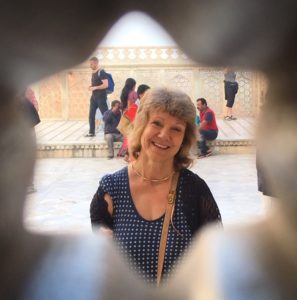 Being an NAC member and Trust volunteer, Carolyn has been involved in many different projects

Carolyn Desforges became a beneficiary of the Thalidomide Trust in 1974 following the 1973 UK settlement.

Her father’s work meant that the family travelled abroad, and on a Christmas visit to England, she found herself going up to London to be assessed.

45 years later, Carolyn is heavily involved with the Trust, as a member of the National Advisory Committee and a hard-working volunteer. Her journey has been varied and inspiring.

“As a teenager, and at university, I was involved with the Thalidomide Society,” Carolyn says.

“I was on the committee and went along to the conferences, but then life took over. After graduating I became a Speech and Language Therapist (SLT) and spent thirty-three years working with adults and children in and around Nottingham, specialising in working with people who stammer.”

Carolyn’s career led her to the post of locality lead in the NHS Paediatric SLT service and she added management to her already strong skills as a clinical therapist.

Life was busy for Carolyn as she and her husband had twins to bring up; but her husband’s decision to become a ‘house husband’ helped her continue her career. “There was little time for anything else beyond work and family,” she explains.

Taking early retirement, Carolyn increased her involvement with the Trust

Eighteen months ago, Carolyn took early retirement. “The NHS was a hard environment to work in, even though I had reduced my hours,” she comments, “With staff cuts, a long commute and hot desking to cope with (not the ideal set-up for a thalidomider), I decided enough was enough.

With my daughter working and my son away at university, I wondered how I was going to fill my time and decided it was time to give something back to the Trust – and other beneficiaries.”

Already a National Advisory Committee member since 2015, Carolyn increased her involvement over the last two years and will be co-chair of the Health and Wellbeing Committee from April 2019.

“As a committee member, and as a volunteer, I’ve helped out on all sorts of projects” says Carolyn;

“As well as the regular NAC conference calls and meetings that are part of the committee life, I am involved in some fascinating initiatives – I sit on the steering groups for the LiFts (low mood improvement) research project, the Care Costs research programme and of course there’s the Health and Wellbeing committee work.”

She has also actively been involved in supporting other beneficiaries

This has included piloting NAC visits to beneficiaries recently accepted by the Trust, visiting / speaking with beneficiaries about to undergo hip replacement operations, or just lending a supportive ear. She is about to become a “Connect” volunteer, helping other beneficiaries access services and activities in the local area, and most recently, is involved in a project supporting Trust staff to develop appropriate communication plans for those beneficiaries who lack capacity.

Carolyn loves the work she is doing.

“I have a low boredom threshold”, she laughs, “and I didn’t want retirement to become ‘purely household chores and trying to keep fit’. I started off doing a couple of things a month, but it’s grown from there.

“It’s not easy, getting elected as an NAC member,” she explains “You have to write a manifesto, and get yourself known by other beneficiaries. It can be hard, and daunting, for other beneficiaries who want to get involved – especially new ones; but it’s so worth it when you get voted on. My advice would be ‘don’t give up if you don’t make it first time’; get support from existing members in writing your manifesto and give it another go – some current NAC members put themselves for election 3 or 4 times before being elected.”

“You’re going to get criticised in your role”, she comments, “Everyone has different views and approaches, and all beneficiaries have their own experiences which are relevant and important in the decision-making process. That’s what I love about my role – it’s exciting to see new ideas coming to fruition, that have come from sometimes heated debate, from beneficiaries like me.”

The challenges of being on NAC are eclipsed by the amazing outcomes it achieves; “I really enjoy meeting new beneficiaries and helping make their lives easier”, says Carolyn, “It’s a fantastic feeling.”

Carolyn is excited about how far NAC has come

“I got involved because I wanted to give something back to other beneficiaries, but in the past, the committee felt like a bit of an ‘add-on’. Now, it’s incredible to see how seamlessly Trust staff, Trustees and NAC work together, with equal input. The user voice is definitely listened to – and heard.  I’m standing for election again this year – I really want to stay on board.”

Find out more about what the Trust volunteers do

What the Trust volunteers do 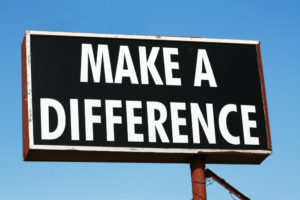