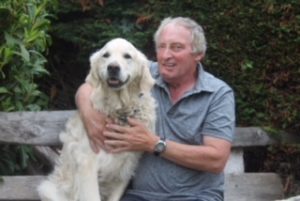 My name is David and until last year, apart from the odd few weeks, I have smoked cigarettes since I was 17 years old.

When I first started, most of my family also smoked so I did not feel it was a problem. In fact it was a good way of socialising and was acceptable almost everywhere including Restaurants, Pubs and passenger planes.

Gradually, over the years, my family and friends stopped and when I reached my late 30s, I became the odd one out.  My friends and their children would snatch cigarettes from my mouth, or pocket, and throw them away; and torment me in an attempt to make me stop. This only made me smoke where I could do so without being seen; but I was nearly always caught out by the smell of my breath and clothes when I returned.

I have tried to give up many times but always failed fairly quickly. I have tried gum, patches and just throwing away the packs, but nothing worked for me as I didn’t have the will power. In fact I enjoyed smoking, it kept me calm, sane and prevented me becoming too depressed in bad times, but it was an addiction that had me rushing through airports to smoking areas, standing at the back of hotels and bars and outside ski chalets in the freezing cold.

I felt guilty and socially unaccepted, but it was still very difficult to bring myself to actually stop.

In 2018, however, after smoking for over 40 years, I noticed that I was getting very short of breath and didn’t have energy to do simple things. I tried cutting down the number of cigarettes I smoked but that made little difference.

At the time I was also having lots of problems with my teeth, having had many fillings since my school days, getting abscesses, piercing with needles and just taking painkillers. Years of neglect had left some of my teeth rotten and I’d ended up with more and more teeth on a plate.

Finally, I was sent for a 360 x-ray which showed that my jawbone had decayed and was too thin to support implants. I would need a plate of false teeth or to have a bone graft and implants.  I decided to have implants on my top jaw as I found a plate uncomfortable. This meant I had to have the remaining 8 top teeth taken out and then have a five-hour operation to insert the granulated bone into my jaw.

I was told in no uncertain terms that I would need to give up smoking as the chance of the graft working was only 60% if I smoked.  This had me worried as the process was very expensive as well as being a big commitment. I needed to honour the advice.

It would take about six months for the graft to ‘take’ before the next process could begin.  During that time I did manage to stop smoking for two or three days. I gradually smoked a few more and ended up having about ten ‘roll-up’ cigarettes a day for the six months and never confessed to it. Fortunately for me, the graft worked, and the implants were completed after 14 months of torment. Read David's story of his dental implant success.

Unfortunately, I carried on smoking and gradually smoked more and more until I was back to my pre implant level of 20 per day. I should have used the opportunity to give up but failed again.

It was then, early in 2019, that I noticed that I was getting more and more breathless even doing simple tasks like walking the dog, or going upstairs.  I thought that maybe I was getting asthmatic and spoke to my GP about it.  He prescribed me a Ventolin inhaler and made me an appointment with the Asthma/ COPD nurse for the following week. I also asked my GP about help with stopping smoking.

I made appointment with the Smoking Cessation nurse and attended the next day. She told me about several options from nicotine patches, to gum, and capsules. I was advised that a 3-month course of a drug called Champix was the best option, so I decided on this.

For the first time in my life I had made a positive step towards giving up which made me more determined to kick the habit.

My next appointment was with the Asthma nurse the following week, where she tested my lung function with a computerised turbine tube. I was really shocked to find that my lung capacity was only 32%. I was prescribed inhalers and given another appointment for two weeks later.

My lung capacity had improved slightly to 40%, but this led to a diagnosis of Emphysema, a condition that can be managed but not reversed. I was prescribed a long-term Spiriva inhaler to deal with it.

David's health and wellbeing have improved significantly since giving up smoking

Five months after my previous test, and 6 months after giving up smoking, I saw the COPD nurse again and was retested. I was amazed to find that my lung capacity had improved to 68%.

It is now over a year since I gave up and I feel so much better for having achieved it. My breathing has improved further but I haven’t been able to get retested during these times.

I do find it satisfying to be with friends and family and not smoking; not having to rush away round a corner or into some designated smoking zone or off a plane to get out of the terminal building.

It’s now so nice to be recognised by my GP, and in my medical records, as a non-smoker. Actually being able to say ‘I don’t smoke’ when questioned is a real pleasure and gives me such a sense of achievement after all these years!!

If only I had done it years ago! Maybe my health would be a lot better!

Information on giving up smoking

How your health improves when you stop smoking 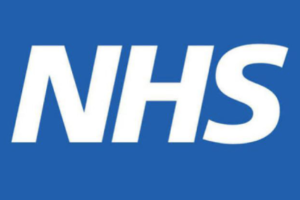 How to quit smoking 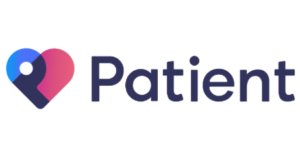