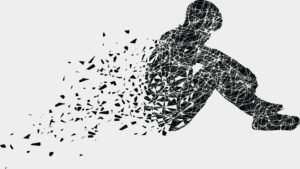 We know that low mood and depression can be a concern for many thalidomide survivors, so the Trust commissioned a research study with the aim of finding ways to support any beneficiaries experiencing this.

The initial phase of the study was a Mood Survey and you can read a summary of the report below, and download the full report for all details.

Background To The Survey

Based on evidence from previous Health and Wellbeing surveys and Holistic Assessments conducted the Trust found that some beneficiaries experience mental health problems. Some had sought help themselves via their GP, but others had not for a variety of reasons.

The aim of this study was for the Trust to explore alternative ways to support thalidomide survivors with low mood or mild to moderate depression and anxiety, with particular focus on the scope for using peer support.

A simple psychological approach called Behavioural Activation (BA), alongside telephone support, has been shown to reduce low mood symptoms in older people and those with long-term health conditions.  The Trust wanted to find out if the BA approach could help thalidomide survivors and they commissioned The Mental Health and Addictions Research Group at the University of York to undertake this pilot study and to test a six-session BA programme along with peer support from specially trained beneficiaries – the LIfTS study.

Aim Of The Mood Survey

The Mood Survey is the first stage of this study and it’s aim is to gather data from all beneficiaries that will provide a detailed picture of the extent and severity of depression and anxiety amongst UK thalidomide survivors.

This information will then be used to set the context for the next stages of the study and will also help inform the general work of the Trust going forward.

How The Survey Was Conducted

The survey was developed using BA research experience from the Mental Health and Addictions Research Group, and was discussed with colleagues from the Trust.

The final survey was sent out to the majority of beneficiaries, 453 in total, with an option to complete by telephone if preferred.  It took place in September and October 2018.
182 completed forms were received, giving a response rate of 40%.

The Mood Survey has provided a much more detailed picture of depression, anxiety and health status amongst UK thalidomide survivors than was previously available. There are three key findings:

Read the full Mood Survey report including details of answers to each area of the questionnaire.

The LIfTS study is currently testing a six-session Behavioural Activation programme, accompanied by peer support from specially trained beneficiaries, to see if this approach can help thalidomide survivors with low mood and mild to moderate depression.

A report from the whole study, including the impact (if any) of the BA programme and the findings from a process evaluation, will be available in January 2020.

Further information on support for mental health and emotional wellbeing 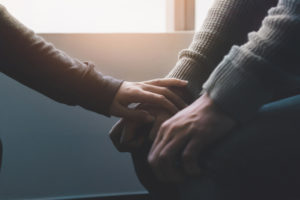