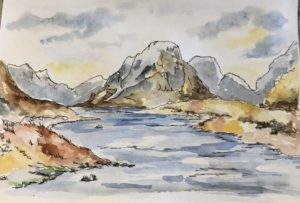 Jacqueline Fleming is a woman of many talents.

Since leaving her job in Marks and Spencer, four or five years ago, she has been helping a friend run a craft shop, selling only items made in Northern Ireland; travelling to Scotland and England in the course of her work.

As well as working in retail she has volunteered for the Thalidomide Trust, on our TalkTogether programme; and run summer art classes on the Ards Peninsula, where she lives, in Northern Ireland.

Jacqui’s interest in art has added a new dimension to her volunteering, but it was the TalkTogether work that started her off as a Beneficiary Volunteer.

“I decided to become a volunteer some years ago after surgery to my arms meant I had to reduce my working hours. I’d been thinking about it for a while and decided to find out more.

The Trust talked me through what I would be doing and I told them about the skills I thought I could bring to the role – and my passion for helping and encouraging others.

TalkTogether offers beneficiaries weekly phone calls to stop them feeling isolated, and give them the chance to talk about how they are, and what’s happening in their lives.

I did a short training course, over two nights, to learn how to listen as well as how to talk to people, what to say and what to look out for in the course of conversations, respecting confidentiality. I also got support from the team at The Trust, so that I could raise any concerns, ask questions and offload. They were great.”

Jacqui found being a TalkTogether volunteer challenging, but very rewarding

“It definitely took me out of my comfort zone, but it also helped me gain confidence and support people who were struggling. The best bit was seeing people gain so much from the weekly sessions that they didn’t need me anymore!”

Lockdown has taken its toll on all of us – especially in Northern Ireland, where restrictions have been particularly severe, but Jacqui has found respite in volunteering: -

“With the shop having to close, I lost my focus and found I had time on my hands,” Jacqui explains, “I was even disorganized in my creative activities, which I’ve always enjoyed.

I decided to set up a Creative Hub, for beneficiaries, online; inviting them to a monthly craft demo where they could revisit creative activities they might not have done for years, and try something they had never done before. Patchwork, foot painting, wood carving are just some of the things we focus on, as well as beginners’ watercolour, and we have also done card-making.

Demand has grown so much we now meet weekly, on Zoom.  We have a beginners’ watercolour session most weeks, with a demonstration from me to start things off. I send an outline sketch to people beforehand that they can draw from scratch, ready to paint, or print out and fill in. 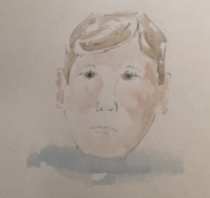 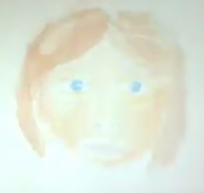 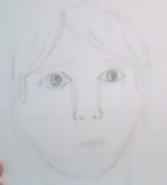 Zoom was quite daunting at first, but now it’s second nature. We’re working on card-making and a foot painter has also joined the group.”

It’s not all about art, though, sometimes the group just meets to chat: -

“Zoom gives everyone the chance to catch up and talk to each other, “Jacqui explains “which is really important, especially at the moment. There are chatty people and quiet people, but they all enjoy a bit of social interaction.”

"Volunteering stretches you but it is also so satisfying."

Jacqueline has been delighted to see how everyone has got so much from the group.

“I love the joy in their faces when they create something” she says “and have seen them grow in confidence as well as ability. I’ve got a lot from the sessions as well. I’ve grown in confidence too, got a new focus and made some great new friends.”

Jacqui would definitely recommend volunteering to other beneficiaries considering it.

“It stretches you,” she reflects, “but it’s also so satisfying watching others ‘grow’, knowing that you have helped them. You also do a lot of growing yourself.”

A selection of Jacqueline's artwork 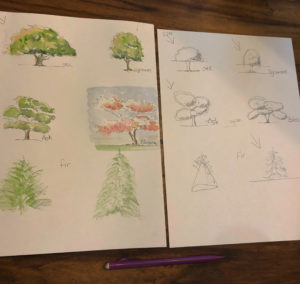 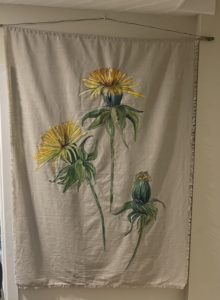 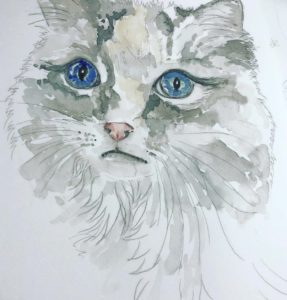 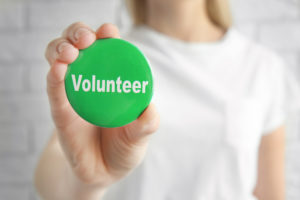