Home » About Us » About Thalidomide

Thalidomide is a drug that was marketed as a sedative and treatment for morning sickness in pregnant women in the late 50s and early 60s.  This drug subsequently caused babies to be born with a range of disabilities.

The drug was first developed by Chemie Grunenthal in Germany in 1954 and introduced into the UK in 1958, primarily under the brand name Distaval. It was withdrawn from the UK in 1961.

When was the first thalidomide baby born?

The first thalidomide-affected baby was born in Germany on 25 December 1956 to a Chemie Grunenthal employee.

What birth defects did thalidomide cause?

Thalidomide created a range of disabilities in babies including shortening and absence of limbs, malformation of hands and digits, damage to ears and eyes, sensory impairment, facial disfigurement/palsy and damage to the brain, internal organs and skeletal structure.

How long did it take to identify the link between thalidomide and birth defects?

Throughout the years, babies have been born with disabilities which are similar to the disabilities caused by thalidomide. For example, genetic conditions such as Holt-Oram Syndrome and TARS syndrome affect the upper limbs; Poland’s Syndrome affects the hands; and Talipes Equinovarus affects the foot and ankle. This is one of the reasons that the link between thalidomide and the birth defects it caused was not made straight away.

Recent evidence shows that a number of reports saying that thalidomide was damaging babies in the womb were ignored by Chemie Grunenthal. However, the first time the link between thalidomide and birth defects was made public was in a letter published in The Lancet from an Australian doctor, William McBride, in 1961. The drug was formally withdrawn by Chemie Grunenthal on 26 November 1961 and a few days later on 2 December 1961, Distillers, the UK distributors, followed suit.

How many babies were affected by thalidomide?

It is difficult to find accurate figures on the number of babies born with thalidomide damage as many were not carried full term. Some were still born or died very soon after birth. It is widely believed that as many as 100,000 babies were affected by the drug in total. It is generally estimated that over 10,000 babies were born worldwide and today fewer than 3,000 survive.

Are there any thalidomide babies still alive in the UK?

There are currently 439 people in the UK who were affected by thalidomide and are beneficiaries of The Thalidomide Trust.

What sort of problems has their thalidomide damage caused them?

Many babies born with thalidomide damage have grown up to have fulfilling lives with partners, able-bodied children and jobs they enjoy. However, years of having to compensate for their disabilities and use of their bodies in ways that they weren’t designed for have taken their toll.

The key health problems that have been highlighted through research are:

Many thalidomide-affected individuals rely on adapted vehicles, electronic wheelchairs, prosthetic limbs or specialised hearing aids/implants which are very expensive. Others have lost or seriously damaged their teeth by using them – instead of hands – to undertake a multitude of day to day tasks and now need expensive dental implants. It is also frequently necessary for them to adapt their homes to accommodate their disabilities.

Their thalidomide-related disabilities have also impacted on their ability to work as they get older – with over 40% unable to work because of their disability or health problems and around a quarter having to change their job or the type of work they do for the same reason.

Do people born with thalidomide damage have children with similar disabilities?

No. Many thalidomide survivors have had children and, because their own disabilities do not have a genetic cause, they have not been passed on to future generations.

Did the people born in the UK with thalidomide damage receive compensation?

Initially no compensation was paid. However, in February 1968, following a legal battle led by their families, compensation (at 40% of the level of assessed damages) was paid to 62 thalidomide-affected children born in the UK by Distillers as a result of an initial (infant) settlement.

However this compensation was widely recognised as being completely inadequate and a high profile campaign was launched in 1972, led by the Sunday Times.

As a result, in 1973 a final settlement was agreed by Distillers. This includes a lump-sum payment for a further 367 children affected by thalidomide in the UK (on the same basis as the initial 62) together with the establishment of The Thalidomide Trust to provide ‘support and assistance’ – including annual grants – to all thalidomide survivors.

Since 2010, all beneficiaries of The Thalidomide Trust have also received a Health Grant from the Health Departments in all four nations of the UK to help meet the increased health needs caused by their thalidomide damage.

Is the UK campaign for further compensation ongoing?

Yes. Although each person receives an annual grant from The Thalidomide Trust (funded by the initial Distiller’s payment and additional funding from Diageo, the company formed in 1997 by a merger between Grand Metropolitan and Guinness – who took over Distillers in 1990) and a Government-funded Health Grant, thalidomide survivors still have significant unmet health needs – and these are increasing as they age.

As a result, a group of UK thalidomide survivors, led by members of The Thalidomide Trust’s National Advisory Council (NAC) are currently campaigning to get the German government to acknowledge the role it played in the thalidomide scandal and to address the funding gap that still exists. Read more about their campaign ‘The Fifty Year Fight’.

What is thalidomide used for now?

Thalidomide is used today for the treatment of myeloma (a type of cancer that starts in the bone marrow) and also for the treatment of Hansen’s disease (once known as leprosy). In the UK, there are very tight restrictions on the use of the drug in women of child-bearing age to avoid babies being born with birth defects.

Find out more about thalidomide in the UK

Visit our History of thalidomide page to see a timeline of events.

Personal stories from UK thalidomide survivors can be found on the Thalidomide Society’s website through their Thalidomide: an oral history project.

About The Thalidomide Trust

Read about The Trust and how it supports beneficiaries >

See the full timeline of the history of thalidomide > 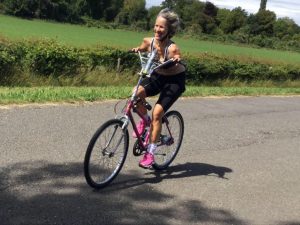 Read the inspiring stories from some of the Trust’s beneficiaries >

Coronavirus Guidance From The Trust 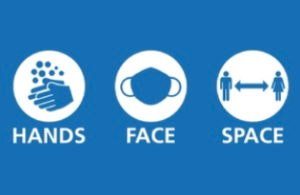 Read our Coronavirus guidance and support for beneficiaries > 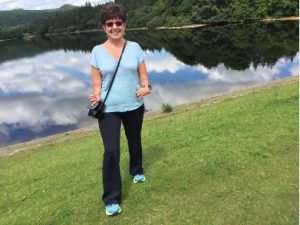